It seems like I’ve known Michael McBride a lot longer, but I met him through e-mail in 2006. We shared one publisher (Double Dragon) and were pretty much at the exact same spot in our careers. Since then, we’ve both worked with Delirium Books, Dark Regions Press, Cargo Cult Press, and Sideshow Press. His novella Remains and my novella Kutter were combined into The Mad & The Macabre, which, I should note, is only $2.99 as an e-book, so even if you say “Screw Kutter!” and quickly skip past it, you’re still getting a great deal.

McBride has written a lot of fantastic stuff, but with his novel Bloodletting I thought “This guy should really be a Big Name Author.” Now, there are plenty of authors who should be getting more recognition, but you can kind of understand why they aren’t. (For example, as much as readers enjoyed my novel Benjamin’s Parasite, nobody was saying “I can’t believe this wasn’t a New York Times bestseller!” because it’s silly and disgusting and waaaayyyy over-the-top). McBride’s novel The Infected is almost literally non-stop action and gory violence, and while hardcore horror fans love the hell out of that book, you can see why it might have been too much for mainstream publishing.

But then there’s Bloodletting. Yeah, the story goes completely bonkers by the end–in a good way–but everything about this book screamed “Huge numbers of people would love this.” It’s not niche. It’s a broad-appeal, big-scale, heavily researched, awesome novel that fans of Michael Crichton should be gobbling up.

And he has continued that storytelling tradition, bringing us to Burial Ground, which I will call “a scientific action/adventure thriller.” Again, he has done more research on any given page than I do in an entire novel. It’s about a jungle expedition in Peru, and though I’m pretty sure Mike hasn’t been wandering the Peru jungle, you could be forgiven for thinking that he wrote the novel while surrounded by vegetation and primitive tribesmen.

Like tales of adventure? You’ll love this book. And the best part it, for the next few days, the e-book edition is only 99 cents! It’s not a short story, novella, or even a short novel…it’s a full-length book that is destined to become a word-of-mouth bestseller. Order the book (or at least get the free sample) NOW!!!

A bunch of other editions from Smashwords. 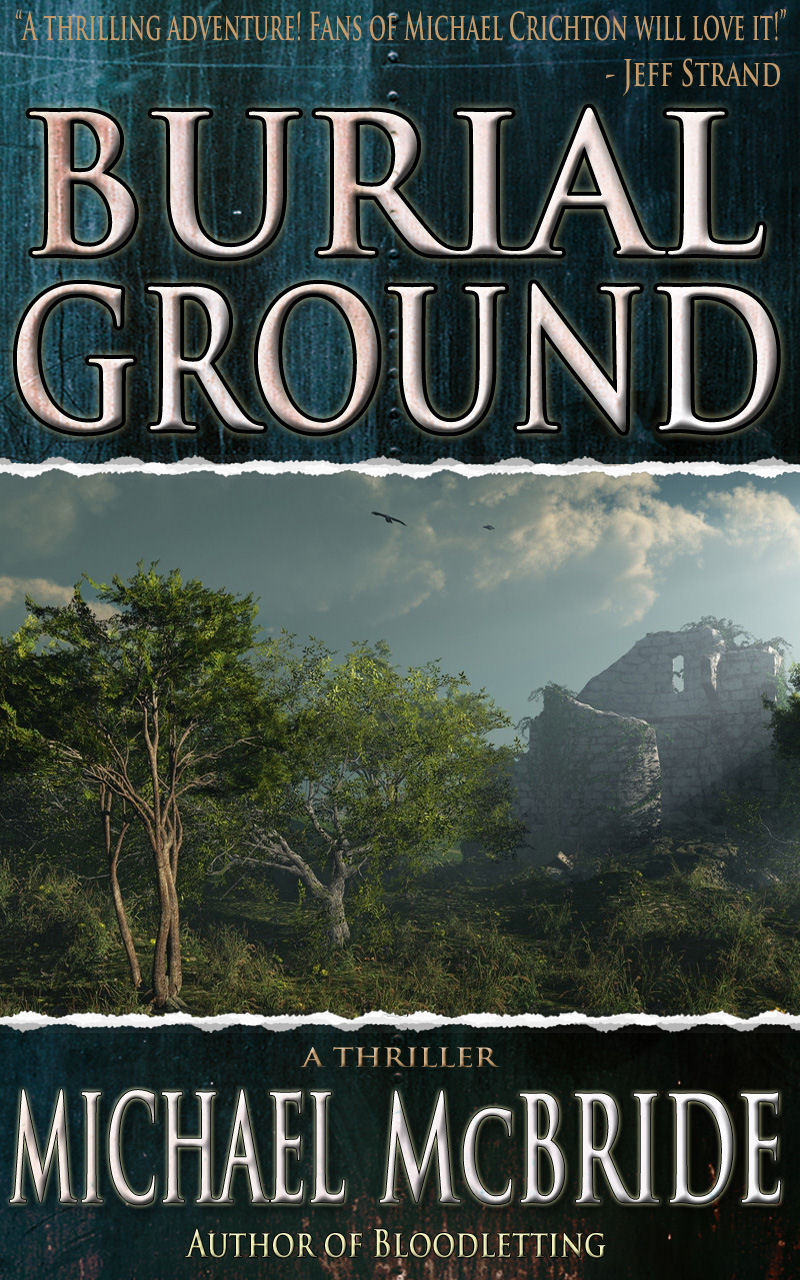