“Under the onslaught of supernatural evil, the acts of good people can seem insignificant, but a courageous few stand apart. These brave men and women stand up to the darkness, stare it right in the eye, and give it the finger. These are the stories of those who rage against the night, stories of triumph, sacrifice, and bravery in the face of overwhelming evil.”

That’s the concept of Rage Against the Night, a benefit anthology for Rocky Wood, who has Lou Gehrig’s disease. And when editor Shane Jiraiya Cummings asked me to contribute a reprint story where good triumphed over evil, my immediate response was….”Uhhhh, I don’t have one.”

So, instead, I wrote “Rocky Wood, Skeleton Killer.”

Certainly the idea of reading about Rocky Wood saving the world from the reanimated skeleton menace is reason enough to purchase an anthology, but if not, the book also has stories by Stephen King, Ramsey Campbell, Peter Straub, Chelsea Quinn Yarbro, Jonathan Maberry, and a bunch more.

It’s a great big anthology, and in addition to the paperback there’s a Kindle edition for only $3.99, and all proceeds go to Rocky Wood. Get it RIGHT HERE. 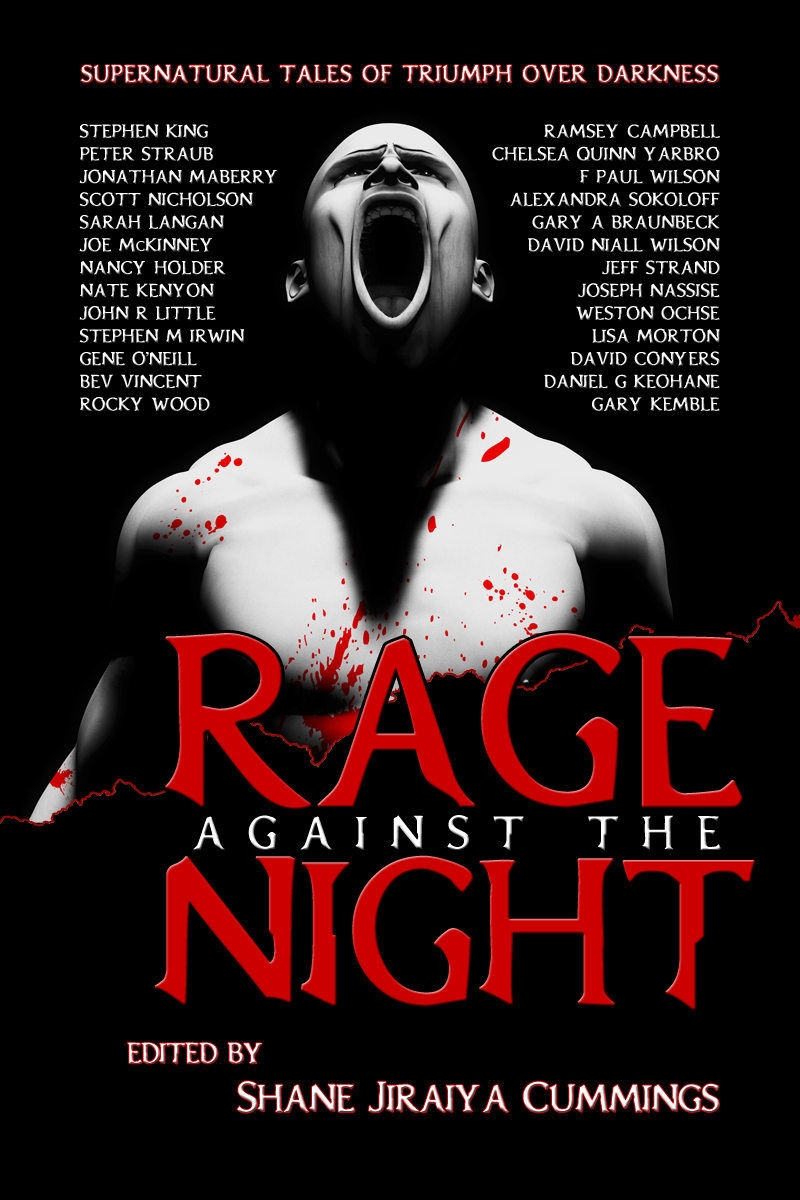 One Response to “New Anthologies, Part II: Rage Against The Night”