Available in Kindle and paperback editions! 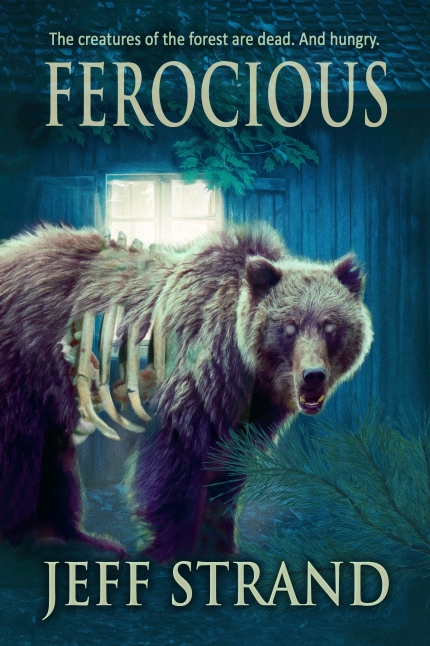 From the Bram Stoker Award-nominated author of THE HAUNTED FOREST TOUR and WOLF HUNT comes another action-packed over-the-top creature feature!

Rusty Moss has raised his niece Mia since she was a baby. Now that she’s almost eighteen, he’s worried that the life he’s given her—living off the grid in a cabin deep in the woods—is holding her back from her full potential. But that angst gets pushed aside when the undead forest animals arrive.

At first it’s just a squirrel—shockingly violent and almost impossible to kill. Followed by a grizzly bear, also aggressive and resilient, even when point-blank shotgun blasts to the face are involved.

Now the cabin is surrounded by all manner of zombie creatures. They have no way to call for help. The truck that could take them to safety is three miles away, stuck in the mud.

But Rusty and Mia have their courage. They have their wits. And, most importantly, they have an axe and a fully fueled chainsaw…